During the late 90s Clint made a few films that didn’t really interest me, this is one of them. After watching it my fears were confirmed, it’s a pretty dull affair about a disgraced journalist seeking redemption by trying to save a man wrongfully scheduled to die by lethal injection. It sounds like something you might find Perry Mason appearing in. It seems especially weak given Clint’s recent run of excellent work that I’ve seen this year with Gran Torino, Flags of our Fathers and Letters from Iwo Jima. The performances are a bit of soap opera fluff and it’s quite dull, not only that but there’s no excuse for it clocking in at over two hours. Nor is there any excuse, other than the man’s vanity, for Clint to be humping a series of women 30 years his junior.

Who is Sondra Locke? Who is she really? I know her as the co-star of six of Clint Eastwood’s films during the course of their 14-year relationship and that their break-up involved some heavy duty litigation. The Gauntlet is the second film they made together and it’s pretty ordinary by Eastwood standards. Clint plays a run down cop, Ben Shockley, sent to Vegas to escort prostitute Gus Mally (Locke) to Phoenix for testimony in a supposedly unimportant case. Things start getting tasty when Shockley and Mally, start being hunted down and the chase is on. It sounds like it should be a breakneck action ride but aside from an excellently photographed chase between a motorbike and a helicopter it’s surprisingly pedestrian.

I always badmouth Sondra, because I’d heard she sued Clint after they split up for ruining her career. If Clint Eastwood puts you in six films I’d assume that would be a boost to anyone. Well it turns out it’s a tad more complex than that and if you fancy a read of the long lasting case then take a look here. Suffice to say that it certainly seems like they don’t get along so well anymore. Sondra also wrote a tell-all book about her time with Eastwood, claiming plenty of disreputable activity from the big fella. This isn’t a gossip blog though, so I’ll stick to the cinema.

The Gauntlet brought to my attention something that hadn’t really appeared to me before. I think Clint hates bikers. The biker gang he encounters in this are portrayed as renegade borderline rapists and thugs. They were similarly played in the fourth Dirty Harry film (with Sondra Locke) Sudden Impact. They were also reduced to bumbling incompetents in the two Philo Beddoe movies (with Locke in tow) Any Which Way But Loose and Every Which Way You Can. What is it about the bikers Clint? 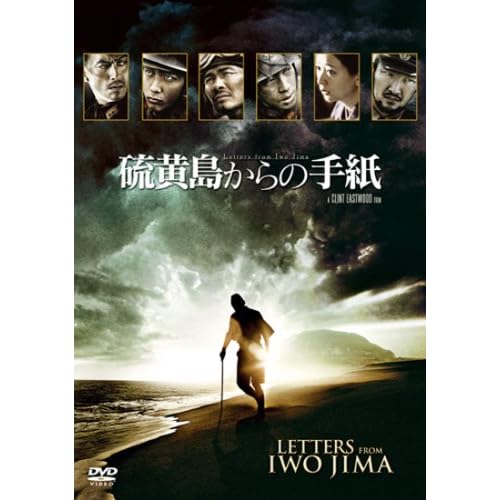 The second half of Clint Eastwood’s telling of the story of the battle of Iwo Jima is done from the Japanese side. Ken Watanabe plays General Kuribayashi, the man who masterminded the 40 day resistance against the unstoppable waves of American forces. This is an exceptional film for a number of reasons, it is Cint Eastwood’s only foreign language film, it has predominantly Japanese cast, it paints a sympathetic portrayal of Japanese soldiers and rather uniquely it has some tentative points of narrative crossover with Flags of our Fathers. It is a brave decision for an American film-maker to make a film that seeks to humanise and explore the Japanese experience of World War 2; I doubt that Clint Eastwood would have attempted this film 20 years ago.

I have a little knowledge about the way that the Japanese feel about their Imperial expansion. There’s a lot of shame and for a lot of Japanese there is a lack of education about it. It is almost as if there is some denial about it. There is an affirmation of this in the DVD extras as the Japanese cast members talk about their lack of knowledge about events during the war. Of course there was a government in place that suppressed any undesirable knowledge, which the loss at Iwo Jima certainly was.

I can heartily recommend Letters from Iwo Jima, it is a bitterly poignant and visceral telling of a story which can be too easily overlooked. How often do we get any history from the losing side? How often do we get English language films about the enemy from these wars? Rare exceptions exist Peckinpah’s excellent Cross of Iron being one (no, Valkyrie doesn’t count as it is essentially a resistance story). I decided that I’d had quite enough horror for the time being so a switch was necessary. Clint Eastwood prepared a sort of double bill between this and Letters From Iwo Jima and I’ll be reviewing that film shortly. Flags of Our Fathers tells the story of the most infamous war photo from World War 2, the six American soldiers raising their national flag atop the sulphurous Mount Suribachi. As you’d expect it is a melancholy story, the three men from the picture who survived Iwo Jima were brought back to America to help drive on the bond effort as the US was running out of money. They find their celebrity very difficult to deal with, repeatedly stating that the men who didn’t make it back were the real heroes. The film flits back and forth from the island back to the publicity tour all framed by the story of the one son who decided to piece together the history of his fathers involvement in the picture. The story is treated with a sober hand by Eastwood, there’s no room for sentimentality in his portrayal of real human lives. It’s interesting to note that the media manipulation that took place in this story foreshadows the current media battle that currently rages over every story that emerges from the warzones of Iraq and Afghanistan. Because of this Flags of Our Fathers is a more intelligent and challenging war film than many others even if the action lacks a little of the bombast.